Taping a Floppy Ear on a Pembroke Puppy

Get the “Extra”  Breathe Right strips and some ear glue – I get mine from Nature’s Farmacy at dog shows (Bish’s Original Tear Mender for Fabric/Leather  Instant Adhesive) or you can get it at Amazon. 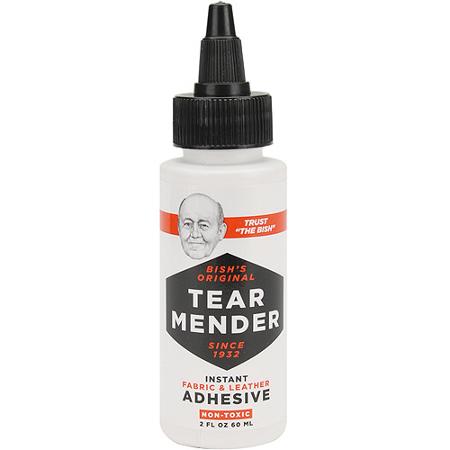 Take the backing off of one of the strips and put a thin layer of the ear glue on the adhesive side of the strip.  Set aside so it can set up for a minute or two.  Clean the inside of the ear and if there is a lot of hair, you may have to shave the inside of the ear so that the strip will adhere.  You need help to do this, so someone can hold the head while you shave it or even place the strip in it.  Then simply put the strip in the ear starting just about the ‘bump’ on the inside of the ear and line the center of the strip up with the center of the tip of the ear.  Hold the strip against the ear for 3 minutes or 4 minutes - so that it will  set and you know it is adhered well.   It is sooo simple and it really does help hold the ear up.  I’ve used them on both ears or a single ear when a pup is cutting teeth and the ears are taking turns ‘wilting’.  I've found that with just the strip in, even when they are with their littermates and they left the strip in – unlike using tape when they delight in ripping it off one another.  It doesn’t work without the glue, though.     I leave the strip in the ear until it starts coming off on its own – about a week.   Good luck!  I hope it works as well for you as it did for me.  I did it without any help but if you can get someone  to hold the pup that would be MUCH easier! If you wish, you can cover the strip with an ear shaped cut out of moleskin. I put the glue on the back of the moleskin (it already has adhesive on the back, you just have to peel off the backing) but I put a thin layer of the tear mender on top of the adhesive backing and place it over the strip. Hold for several minutes and then the strip is covered with the moleskin.

This method is best used on a younger dog, under 6 months. Often, when a pup reaches the age of around 4 months, an ear that has previously been up begins to droop. This is associated with teething. If you have a pup (especially a larger one with a lot of bone) and the ears are not up by about 10 - 11 weeks, you can also try this method, trimming the strips to fit your puppy's ear. Don't wait too long, as the longer you wait initially, the harder it is to make a floppy ear stand.